A slider is an American term for a small sandwich, measuring about 2 inches across, made with a bun. The term usually refers to small hamburgers but can encompass any small sandwich made with a mini-roll. What was once exclusively sold at their place of origin, fast-food pioneer White Castle, they are popping up all over, especially on menus of family restaurants, sports bars and cocktail parties nationwide. Convenient finger-food, they come with a variety of fillings and ingredients and can be quite pricey, depending on where you eat them and what’s in them. If you just have to have some, White Castle also sells them in the frozen food section nationwide and has recently rolled out a new vegetarian version to mixed reviews (available in their restaurants only).

Some credit their nickname to the Navy where mess hall greasy burgers would literally slide around on your plate. Burger purists insist that a true slider is only made at White Castle and that anything else is merely a mini-hamburger. Well, not according to their legendary creator, Billy Ingram, the founder of White Castle who dubbed his small, square hamburgers so easy to eat, they were sliders (get it?). 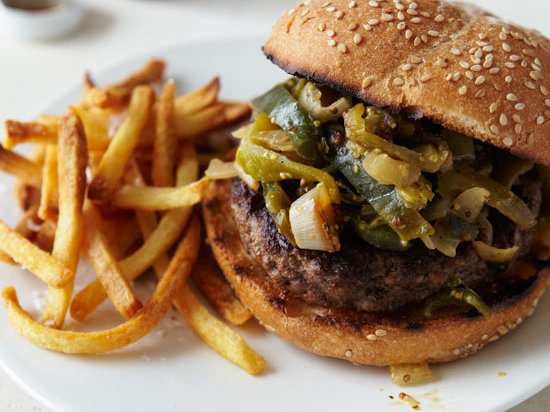 In 1921, a tiny restaurant resembling a castle began selling a five-cent hamburger. Recently, Time® Magazine pronounced the Original Slider® as the most influential burger of all time. And purists will argue that the humble, all-beef patty includes onions and pickle, maybe American cheese, and is the only “authentic” version, which are steamed on a bed of onion bits, not fried. Any version can be enjoyed as an hors d’oeuvre, a snack or an entrée (but make sure you get several–don’t forget, they’re small).

Sold by the sack full at their place of origin, you can also find them at other restaurants frequently served three or four to a platter, one variety or a combo. Here are the most popular versions and price ranges:

And the top varieties nationwide:

And last but not least the most pricey, available to order online only:

And new to the burger scene is a franchise quietly exploding (is that possible?) across Southern California and points East, Burgerim’s currently has 103 domestic locations including Texas, Tennessee, Florida and Las Vegas, with their eye on huge national expansion. They feature 2.8 ounce patties served in combos, with a choice of 10 types of patties (including salmon, lamb, sausage, veggie), 3 types of buns, 5 sauces, and 9 toppings; a unique and popular concept, proving to be successful.

So call them mini-sandwiches, little burgers, kid-size, bite-size, just remember. They all come from Big Daddy–the one and only, the original White Castle slider. Pure and simple. Are you craving some yet?